In a welcome decision for principals engaging contractors for construction work, the High Court has substantially limited the availability of the restitutionary remedy of a quantum meruit where a contractor elects to terminate a contract as a consequence of repudiation1. In reaffirming the primacy of the bargain struck between parties, the High Court has again confirmed that commercial certainty is at the heart of contracts governed by the common law of Australia.

Peter and Angela Mann (the Manns) contracted Paterson Constructions Pty Ltd (Paterson) to build two townhouses under a major domestic building contract under the Domestic Building Contracts Act 1995 (VIC) (DBC Act)2. Prior to the completion of the second townhouse, the Manns claimed the contractor repudiated the contract, purported to accept the repudiation and excluded the contractor from the site. The contractor asserted that the Manns' conduct amounted to repudiation, which it subsequently accepted. The Manns had verbally directed 42 variations and the contractor had received $945,787 as progress payments against a contract price of $916,779 that did not account for the cost of the variations.

The decisions of VCAT and the lower courts

Paterson sought relief on a quantum meruit basis, or, alternatively, for sums allegedly owed under the contract. Relying on Sopov v Kane Construction Pty Ltd (No 2)3, VCAT found that quantum meruit was available to the contractor and, taking up the expert evidence of the contractor's quantity surveyor, assessed a further $660,526.41 to be paid by the Manns, in part on account of the 42 variations, representing a recovery of considerably more than would have been awarded as damages for breach.

Cavanough J affirmed the VCAT decision, noting that quantum meruit has been a settled part of Australian law for more than a century, that the remedy assumes the legal fiction of the contract being void ab initio and that special leave to appeal to the High Court on this question had previously been refused. His Honour held that the contract price was a permissible but not a mandatory consideration in assessing a quantum meruit and did not provide a ceiling to recovery. Moreover, as the remedy is not compensation for contractor's cost, but a fair and reasonable valuation of the benefit conferred on the principal, his Honour found it was open for the quantity surveyor to assess both a profit margin for the contractor and costs that a reasonable builder may have incurred even if Paterson did not.

The Court of Appeal highlighted that the availability of a quantum meruit had been subject to significant criticism on the bases that it has no regard to accrued rights and substitutes contractual obligations with an obligation to pay fair and reasonable renumeration. Despite this, the court considered it was bound to follow existing precedent, that the contract price was of little evidentiary value in this case and, agreeing with Cavanough J, that it was fair and reasonable to assess a higher quantum meruit sum even if the builder, being economical, incurred lower costs.4

The decision of the High Court

The High Court was required to determine two critical questions (the third relating to section 38 of the DBC Act, which is not canvassed here):

Three judgments were handed down. The court unanimously rejected the ratio of the foundational Privy Council decision in Lodder v Slowey5 as the rescission fallacy.

The court was divided in relation to the remaining availability of a quantum meruit given the rejection of Lodder v Slowey. The majority of Nettle, Gordon and Edelman JJ agreeing with Gageler J, held it was available only where no right to payment has accrued under the relevant contract (albeit for different reasons). The majority considered that the remedy was limited to the contract price for the relevant stage or part of the works. The minority of Kiefel CJ, Bell and Keane JJ, having held that the answer to the first question is 'no' because the restitutionary remedy is not available where a contractual remedy for damages for loss of bargain is also available, found it was therefore unnecessary to answer the second question.

The matter was remitted to VCAT to determine the extent of the works performed by the contractor for which a right to payment did not accrue prior to termination.

After many years of commentary on the appropriateness of a contractor having the opportunity to elect to seek either contractual damages or a quantum meruit following termination for repudiation, the High Court has provided welcome clarity. This decision dispenses with the threat of a quantum meruit claim in respect of work performed under a construction contract for which a right to payment has already accrued, and curtails the availability of the remedy such that recovery will be constrained by the terms of the applicable construction contract.

It is interesting that Nettle, Gordon and Edelman JJ took care to enumerate various exceptions to the rule, although this view was not shared by Gageler J.

Finally, the majority and the minority disagreed on the relative advantages of their preferred remedies, each claiming that quantum meruit or a contractual claim for loss of bargain compared favourably with the other in terms of the ease of making the respective claim. This judicial disagreement illustrates the continued relevance of the choice to be exercised by the innocent party as to which remedy to pursue, taking note of the practical advantages that apply to their circumstances.

A recent UK decision continues the judicial trend of limiting the circumstances in which a builder will be liable in negligence for pure economic loss caused by its defective works. It emphasises the importance for principals/developers (and subsequent purchasers) to maximise contractual protections against such loss. 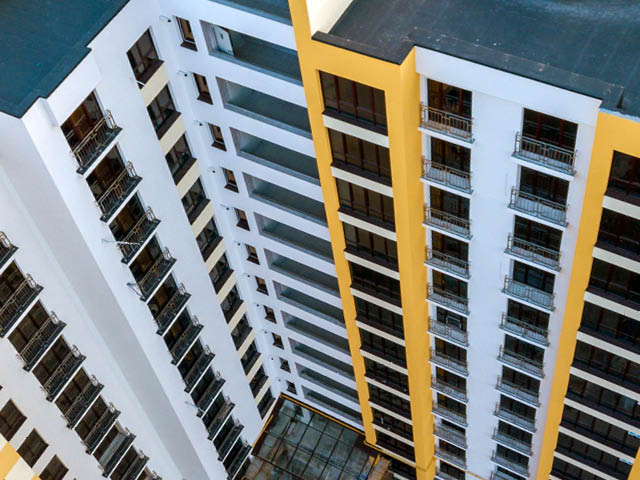