Impact of COVID-19 on superannuation

Like all industries, the superannuation industry is facing some immense challenges in light of the rapidly developing COVID-19 pandemic. Key among those challenges will be dealing with the fallout – both immediate as well as longer term – of the Government's announced changes to superannuation settings as part of its economic response to the pandemic. But virtually all aspects of a superannuation fund's operations will be impacted in some form or another. The Allens superannuation team explores some of the more topical issues below.

What are the Federal Government's changes to superannuation and what impact are they likely to have on funds?

As part of its COVID-19 financial assistance response, the Government will:

The Coronavirus Economic Response Package Omnibus Bill 2020 has been fast tracked through parliament and was passed on 23 March 2020. The package, which is now awaiting Royal Assent, will make amendments to the SIS Regulations to allow members to access up to $20,000 of their superannuation savings on compassionate grounds as two tax-free lump sums. Separate applications must be made for access of up to $10,000 in the 2019-20 financial year and a further amount up to $10,000 in 2020-21. Only one application can be made per financial year.

To be eligible to apply, members must:

Individuals will be able to self-certify to the ATO (via myGov) that they meet the eligibility criteria and trustees will have no role in assessing the claim. Once applications have been reviewed by the ATO, the ATO will have the power to issue a determination to the member and superannuation fund as to how much can be released.

Following the receipt of an ATO determination, trustees will be required to pay benefits as soon as practicable, without requiring any additional application from members.

This extended early release option will be available for a period of six months following the amendments coming into effect (currently expected to be mid-April), meaning members will have approximately three months following 1 July to make their 2020-21 application. However, as the Explanatory Memorandum explains, the Government may make additional amendments to the SIS Regulations to extend the measure beyond this timeframe, given the uncertainty as to how COVID-19 will progress.

Under the rules applying to account-based pensions, a minimum payment must be made from a pension or annuity product at least annually, which is determined by age and the value of the account balance at 1 July of each year. In a bid to help pension and annuity account balances recover from capital losses associated with the economic shock stemming from the crisis, the minimum drawdown rates for retirees will be halved for the 2019-20 and 2020-21 income years, meaning pensioners will be entitled to keep more money in the superannuation environment if they wish to do so.

A reduction to the social security deeming rates has also been announced in recognition of the impact that a low interest rate environment has on an individual's expected savings income. From 1 May 2020, the upper deeming rate will be 2.25% and the lower deeming rate will be 0.25%, which the Government expects will mean an average increase of $105 to the Age Pension for the 565,000 people receiving it in the full tax year following the change.

The early release measure has been widely publicised in the media and forms a crucial part of the Government's financial assistance response. AFCA has already announced1 it will modify its approach to dispute resolution to take the COVID-19 measures into account and trustees should be keen to ensure that they (and their administrators) are prepared to handle both the significant number of member enquires that we expect will arise following these announcements and the withdrawal process.

Quick and clear messaging to members will go a long way to helping manage the situation. Fund websites should be updated as soon as possible with information about the new rules, its implications and links to the myGov website outlining how members can sign up to myGov (if they have not done so already) in preparation for when the changes take effect. Information should also be published about the reduction in minimum drawdown rates where relevant, so that members can make a choice as to whether they wish to make changes to their drawdown amounts.

To ensure that the new operational requirement is met (ie that the benefit is paid as soon as practicable once an ATO declaration has been received), trustees should consider now how they will confirm member identities and bank account details before payments are made. Paying benefits by way of cheque should be the option of last resort in the current climate as this typically requires members to physically visit a bank branch.

A watching brief should also be kept on a possible increase in the number of low-balance accounts arising as a consequence of market movements or withdrawals, and trustees should ensure that their processes for transferring accounts to the ATO and applying fee caps under the PYS legislation remain robust.

Funds that believe the impact of the Government's new measures (or the crisis more broadly) may result in a material change to fees and costs (including buy/sell spreads) will need to be conscious of the disclosure and notice implications of any such changes.

Lastly, there will be an important role for financial advice in supporting members who are considering whether to access their superannuation early (and take other steps such as moving investment options). Trustees should give thought to what steps they can take in either providing that advice (where they hold the appropriate authorisations to do so and have appropriate protections in place) or facilitating members' access to advice.

What will be the impact on superannuation fund investments?

A flight to liquidity

It is already clear that the economic fallout from the pandemic is going to have a seismic impact on the way superannuation funds invest, at least in the short to medium term.

Aside from the obvious impact on asset prices of all kinds, and the significant and potentially prolonged dislocation of financial markets, perhaps the most significant short-term impacts will be a need for funds to proactively monitor and manage divergences from their strategic asset allocation bands, consider out-of-cycle asset revaluations for non-listed investments and seek additional liquidity (or at least understand their liquidity position and risk profile in more detail).

We see the need for liquidity as being driven by a range of interconnected factors, including:

Whilst those factors will clearly play out differently for various funds and segments of the market, depending predominantly on the makeup of their membership base, it is difficult to see many funds remaining entirely unaffected from a liquidity perspective.

A reminder on the SIS Act and other rules around liquidity

In light of that shift, it is worth reminding ourselves of what the SIS Act and Prudential Standards have to say about liquidity and to be aware of the following regulatory settings that touch on liquidity management:

What are the likely impacts on existing illiquid and other private market investments?

When looking at what impact this will all have on super funds' existing illiquid and other private market assets (by which we mean everything from private equity and hedge fund investments to direct and indirect property and infrastructure holdings), it is hard to avoid seeing the parallels to how the private funds world was impacted in 2008 and 2009 during the GFC.

In those (then) unprecedented months in the aftermath of the Lehman Brothers collapse, investors around the world were faced with one spot fire to deal with after another – a run on redemption requests, leading to otherwise liquid hedge funds and other funds imposing redemption freezes; fund managers becoming insolvent (and the subsequent impact on the funds and mandates that they manage); funds restructuring to address liquidity and other concerns; significant refinancing transactions; funds themselves becoming insolvent; an increase in secondary sale volumes; significantly lower fundraising levels and underlying assets in financial distress.

We can expect to see all of that, and potentially more, in the coming months given the breadth of the financial impact the current crisis seems likely to have on more or less all parts of every economy around the world.

The lessons of 2008 and 2009 would suggest that investors can't foresee every spot fire coming their way in their existing portfolios. What they can do, however, is be prepared to react quickly and constructively as issues develop in their portfolio of private market assets. This includes:

The silver lining is that this crisis, like that of the GFC, will pass and history shows that those investors who were on the front foot in managing their portfolios in that period (and, indeed, those who continued to commit to PE and other products in that period) ultimately fared comparatively well out of their private market portfolios. Here's hoping history will repeat itself, at least in that respect, in 2020.

Of course, the impact of the pandemic on funds' investments will not be limited to illiquid and private market assets – it is clear that all asset classes are being impacted in unprecedented and sometimes unpredictable ways.

From a legal perspective, many of the principles suggested for illiquid investments (preparation, understanding legal positions, etc) will equally apply to issues that arise for other asset classes.

For other issues that arise, some of the tips in our more general guidance on the COVID-19 crisis (available here) might also be of use – everything from how to sign documents electronically, to assessing force majeure claims, to the revised rules around insolvent trading could be relevant depending on the asset and the situation.

Will the pandemic have an impact on upcoming regulatory change and the approach of our regulators?

We expect that our regulators will fundamentally shift their approach to recognise that funds and the regulators alike need to focus their efforts on the immediate challenges of COVID-19. Similarly, the Government's focus is also likely to be on COVID-19 rather than previously slated reforms for the sector – and indeed those reforms won't be able to be considered by Parliament until August (now the next sitting day).

Set out below is our round-up of the statements from APRA and ASIC on COVID-19 impacts to date2. A lot of the detail is yet to be announced and, understandably, the response is likely to evolve over time. However, we hope that both regulators will give funds some much-needed certainty as soon as possible.

Consultation on some regulatory reviews and other activities which are not time critical have been suspended. ASIC will notify stakeholders shortly.

No specific announcement. However, we expect that APRA will be receptive to considering relief where needed.

ASIC will engage with regulated entities constructively and pragmatically, acknowledging they may have difficulty complying with their regulatory obligations. Where warranted, relief or waivers from regulatory requirements will be provided.

See our latest insight - Joint ASIC and APRA letter to superannuation trustees, on the impact of COVID-19

Head to our COVID-19 hub for more insights and analysis 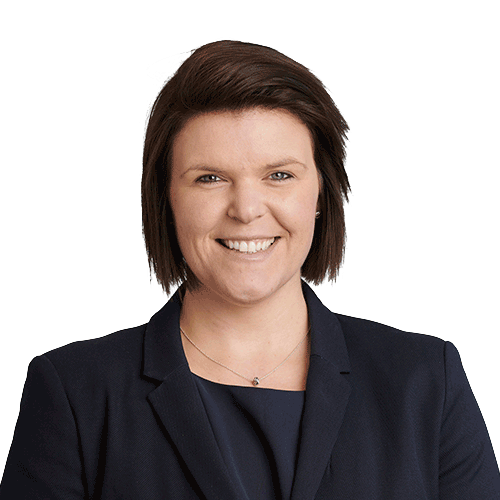