The proposed reforms to unfair contract terms laws represent a significant shift in regulatory risk for lenders and other businesses that rely on standard form contracts with consumers and small to medium-sized enterprises. The amending legislation is anticipated to be passed by parliament in the coming months, with the laws to take effect 12 months after the UCT Reform Bill receives Royal Assent. This provides businesses with a short period of time to ensure their contracts comply.

This Insight outlines the key areas of regulatory focus thus far in relation to unfair contract terms and gives an overview of changes proposed in the reforming legislation. Given the imminent passage of these reforms, now is the time to prepare your organisation for the changes and review and amend any potentially problematic standard form contracts.

Overview of the current regime

What contracts are caught?

What is a 'standard form' contract?

A 'standard form contract' is one where the terms and conditions are set by one party and there is little scope for the other to negotiate. While they can reduce transaction costs and provide efficiencies, an increasing regulatory focus on fairness, and the impact of such contracts on smaller parties, means standard form agreements are not a matter of 'set and forget'.

What is an 'unfair' term?

A term of a contract is 'unfair' under the unfair contract terms laws if it:

The transparency of contractual terms is also relevant when considering fairness. Contractual terms that are in plain and easy to read language, presented clearly, and readily accessible by small business and individual customers, are less likely to be considered unfair by a court.

Under the current unfair contract terms laws, terms that are found to be unfair are void and therefore unenforceable. There are no penalties for using such terms, although a court may make orders for compensation, or other orders (such as injunctive orders preventing further use of relevant terms), where a term found unfair has been relied on. ASIC and the ACCC have statutory powers to compulsorily obtain documents and information when investigating unfair contract terms matters.

The Commonwealth Government and relevant regulators identified that the existing regime, which voids unfair contract terms but does not penalise their use, did not provide sufficient deterrence to businesses using such terms.1

In the financial services sector, ASIC has provided guidance in relation to lending practices, most notably through its 2018 release of ASIC Report 565,2 which set out the findings of its review (with the Australian Business and Family Enterprise Ombudsman) of small business lending by the big four banks. Earlier, ASIC had also released guidance regarding unconscionable conduct and unfair contract terms issues in relation to exit or early termination fees in the context of residential loans (RG 220).3

More recently, ASIC brought proceedings against Bendigo and Adelaide Bank (in 2020), and Bank of Queensland (in 2021), in relation to the following types of terms in various of their respective small business standard contracts:

Both Bendigo Bank and Bank of Queensland admitted the impugned terms were unfair and agreed with ASIC that the terms be varied. The Federal Court made orders giving effect to the parties' agreements following joint submissions in both cases.

The ACCC has in parallel taken enforcement action against various other (non-financial services) businesses for the use of unfair contract terms.

The regulators' enforcement actions illustrate sustained scrutiny of unfair contract terms under the current laws, something which is likely to increase with the passage of the UCT Reform Bill, as regulators seek to test the new penalty regime that would apply.

What is proposed to change?

The proposed reforms set out in the UCT Reform Bill follow a period of extended review and consultation on the operation of the current regime, including a review of unfair contract terms laws in 2018 by the Commonwealth Treasury, and a 2019-20 consultation on potential regulation impacts from various reform options. Treasury released exposure draft legislation for public comment in August 2021. The UCT Reform Bill is similar to the reforms proposed in the earlier exposure draft legislation, although there are some notable differences such as the removal of a 'rebuttable presumption', and the inclusion of a maximum upfront price for contracts regulated by the ASIC Act.

The UCT Reform Bill is likely to be passed in the coming months, and will take effect 12 months after Royal Assent. It will significantly broaden the scope of application of unfair contract terms laws. Substantial financial penalties will apply under the proposed laws. This materially alters the risk equation for businesses and should cause businesses to examine their standard form contracts and bring them into compliance with the new regime. We consider the key aspects of the proposed reforms below.

The scope of the unfair contract terms laws in relation to small businesses will no longer involve a contract value threshold under the ACL, meaning it will apply to all standard form contracts with a 'small business'. The definition of 'small business' will also expand, from a business that employs fewer than 20 people to one that has:

Under the ASIC Act, the same definition of small business will apply, however, the small business contract will need to be below a maximum upfront price payable of $5 million to come within the regime's scope.

The UCT Reform Bill proposes to prohibit both:

Financial penalties and other remedies

The proposed reforms also include provisions to make it easier for a court to order other remedies, including orders to void, vary or refuse to enforce contractual terms, if appropriate to prevent or reduce likely loss or damage to a party. The current law making unfair terms automatically void will be retained. Under the proposed new laws, a court may also make orders:

The proposed reforms also seek to clarify when a contract is 'standard form', by introducing the following factors to be taken into account when determining this issue:

The exposure draft legislation released in 2021 featured a 'rebuttable presumption' that certain terms are unfair, if for example they are substantially similar or the same as terms previously found unfair in the same industry, or involving the same person who proposed the term. The proposed rebuttable presumption would have reversed the burden of proof when it applied, by effectively requiring the respondent in court proceedings to disprove that an impugned term is unfair.

However, this rebuttable presumption has not made its way into the UCT Reform Bill. It appears the Commonwealth may not be proceeding with this amendment following submissions highlighting problematic aspects of such a presumption, including that it may not take into account the circumstances that apply each time a similar term is used with different customers or in different industries.

The UCT Reform Bill is intended to commence 12 months after the bill receives Royal Assent. This 12 month period is intended to provide businesses time to review and amend relevant contracts in preparedness for the new provisions. This is longer than the six month transition period that was previously provided for in the 2021 exposure draft legislation.

Now is the time to consider whether your organisation's current contracts could fall foul of the new UCT regime. Although businesses should regularly review standard form contracts to identify unfair contract terms risks, taking into account customers' circumstances and whether any potentially impugned terms can be justified on the basis of a business' legitimate interests, the likely imminent passage of the UCT Reform Bill creates a strong impetus to do so promptly and comprehensively.

Sustained advocacy for these changes by regulators and consumer groups highlights that this will continue to be an area of enforcement focus by ASIC and the ACCC. The broader scope of the laws, and the introduction of substantial financial penalties, therefore heightens the consequences of terms being found 'unfair'. The prospect of securing penalties for unfair contract terms is likely to see a wave of enforcement action by ASIC and the ACCC, which may wish to test the new penalty regime and use this to set new precedents and deter future conduct.

Enforcement is on the rise, with regulators (including the ACCC) being increasingly active and collaborative across jurisdictions and regulatory frameworks becoming more complex to navigate in both domestic and international contexts. 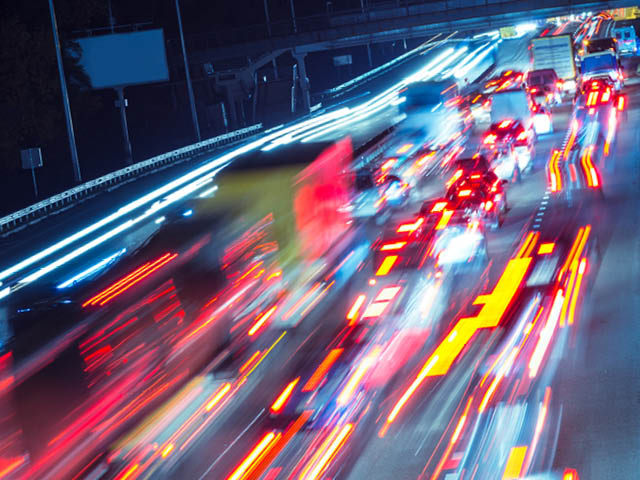