What this means for culture

Unsurprisingly, the Commission's Final Report repeats the finding in the Interim Report that a key cause of the conduct identified in those reports can be attributed to the culture within the organisations concerned.1 In the Commissioner's view, culture can both 'drive or discourage misconduct'.2

The Commissioner's recommendations have implications for the supervisory role of APRA in relation to culture, which will be broader, more resource intensive and proactive.

For financial services entities, there will be a requirement to conduct regular culture and governance assessments, and to correct any problems that have been identified. For the reasons set out below, it is important that legal and compliance functions are involved in this process.

Will culture within financial services entities be prescribed?

No. The Final Report identifies that there is no single 'best practice' for culture, but adherence to 'basic norms of behaviour' is a bare minimum; and culture cannot be prescribed or regulated, but can be assessed and measured, allowing proactive corrective steps to be taken.3

This is consistent with public statements previously made by ASIC and APRA, and the general approach taken internationally by prudential and conduct regulators.4

Will there be more regulatory supervision of culture?

Yes. The Commissioner has recommended greater supervision of organisational culture by APRA, which follows from the conclusion that the culture of financial services entities is directly linked to financial soundness and stability.5 The Commissioner believes that APRA's historical focus on 'risk culture' (which has traditionally emphasised financial risk over non-financial risk) is too narrow.

The Final Report praises the APRA Prudential Inquiry into the Commonwealth Bank of Australia for having taken a broader approach in assessing organisational culture (as opposed to just risk culture), and for 'providing a very valuable, publicly available account of the ways in which failings of culture, governance and remuneration can act as drivers of misconduct'. The Final Report describes as 'not desirable' APRA's plan to refocus its culture review program more narrowly, focusing back on an assessment of the way that boards of financial services entities form a view of the risk culture in those institutions.6

In the Commissioner's view, prudential supervisors should look at culture as part of root cause analysis, and intervene when they see serious problems – with 'conduct' and 'values' aspects of mainstream supervisory processes. He acknowledges that it will be necessary to increase APRA's resources to achieve this level of supervision.

The Final Report concludes that 'supervision' of culture must include:

Recommendation 5.7 sets out the Commissioner's recommendation in relation to supervision of culture and governance.8 It states that APRA should:

This Recommendation adopts the recommendations of the Financial Stability Board, the international body that monitors the financial system, in its Strengthening Governance Frameworks to Mitigate Misconduct Risks: A Toolkit for Firms and Supervisors report dated April 2018.

What does this mean for financial services entities?

APRA-regulated institutions should anticipate greater supervision in relation to culture and governance, but the Commissioner sees the responsibility for culture resting primarily with financial institutions and with those who manage and control them: their boards and senior management.9

While the Commissioner acknowledged that reform of organisational culture is difficult, the Final Report directs all financial services institutions (whether named or not in the Final Report or Interim Report, and whether regulated by APRA or not) to 'look to [their] culture'. It concludes that many institutions will need to 'change their culture and governance'.10

Recommendation 5.6 requires that culture and governance assessments should be conducted by financial services entities as often as reasonably possible to:11

The Commissioner cites ANZ's approach to cultural assessment as an example of the time and effort he expects to be put into the process.12 He warns that the process of assessment and improvement must not be an exercise in box-ticking; and that it demands intellectual drive, honesty, rigour, thought, work and action. It must be informed by what happened in the past, why it happened and what steps are proposed to prevent its reoccurrence.13

The Commissioner warns financial services entities that 'this particular Recommendation requires entities to take all that is set out in this Report, including all the other recommendations that are made, and apply, re-apply, and keep re-applying what is said to their culture and their governance.'14

It is clear that the Commission expects assessment and review of culture to be an ongoing process, rather than a one-off or ad hoc activity.15

The Government has accepted this Recommendation, but it remains to be seen whether it will lead to legislative change or regulatory guidance. Even if it does not, however, financial services entities would be well advised to initiate a cultural assessment and improvement process now. Financial services institutions will need to put in place a clear framework for continuous assessment of culture and governance, and for acting upon areas for improvement that have been identified.

The Final Report describes culture within an entity as 'the shared values and norms that shape behaviours and mindsets';16 or, put another way, 'what people do when no-one is watching'.17

In the Final Report, the Commissioner set out some key lessons learned in relation to culture assessments and improvements. These will be familiar to those who have read the G30 Report into Banking Conduct and Culture18 (which the Commissioner cites heavily), as well as other reports such as the Financial Conduct Authority's paper on Transforming Culture in Financial Services.19 They are that:

Law and regulations already play an important role in influencing culture, defining it and providing for consequences when it falls short of expected standards. For example:

The Final Report's recommendations will further increase this role.

No safe harbours for mortgage brokers in latest reforms

Julian is a Partner specialising in corporate law, practising in the areas of equity capital markets, and mergers and acquisitions.
View profile

Michelle specialises in mergers and acquisitions. She advises on a wide range of cross border public and private M&A transactions including share and asset sale
View profile Marc is a Partner specialising in the establishment and restructure of collective investment vehicles and the marketing of offshore funds in Australia.
View profile 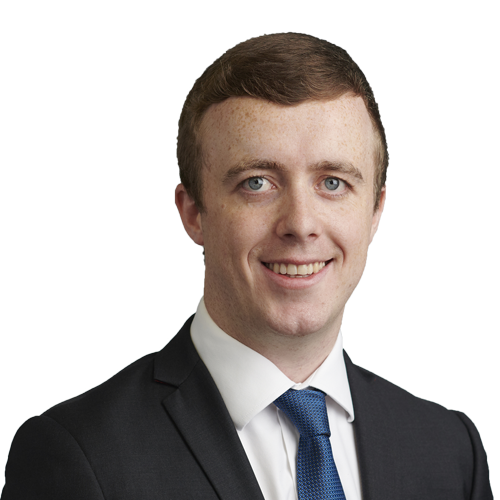