The COVID-19 pandemic has had a significant impact on global equity markets, with falls of a speed and magnitude not seen since the global financial crisis. The impact of the virus has been compounded by rapid falls in global oil and gas prices. The ASX has not been immune, with the S&P/ASX 200 index falling by as much as a third from its all-time high in February. These conditions present private equity sponsors with opportunities to undertake private investment in public equity deals with ASX-listed companies, involving an equity investment typically in the form of a preferred equity or debt instrument.

PIPE deals are very different from a traditional leveraged buyout transaction. They typically involve a minority, non-controlling investment in a public company that will remain ASX-listed. The sponsor will need to be comfortable with rights to influence operation of the company that fall short of full control and are limited principally to board seats, and, in some cases, certain veto rights over key decisions.

The sponsor will also need to consider a very different exit process for the investment, given that any voting interest in an ASX-listed company above 20% will be subject to the Corporations Act 2001 (Cth) takeovers regime. The statutory regime applicable to an ASX-listed company gives rise to a range of legal considerations.

How to structure the PIPE?

A 'traditional' PIPE will typically involve an investment in ordinary shares – eg a placement utilising the company's available capacity under ASX Listing Rule 7.1 with an additional sub-underwriting of a pro rata rights issue and, potentially, a further placement subject to issuer shareholder approval. A 'traditional' PIPE can involve the issuer giving a commitment to the sponsor to provide one or more board seats – this was the case in HMI Capital’s sub-underwriting of oOh!media’s recent capital raising.

The terms of any 'structured' PIPE must be such that ASX can be satisfied they are ‘appropriate and equitable’. A 'structured' PIPE will generally come with one or more 'special rights' that provide the sponsor with quasi control or investment protection rights.

Those rights can include the following:

Where a PIPE is an ordinary share interest, ASIC will scrutinise the extent of the ‘special rights’ that may be granted to the holder of the PIPE. This may be the case even in circumstances where shareholder approval is obtained. ASIC will be concerned if a PIPE's 'special rights' are not proportionate to the sponsor’s holding in the company and the circumstances of the investment, or if those rights continue to exist even if the sponsor's holding in the company drops below the initial investment level.

How to exit a PIPE?

As part of any PIPE proposal, the sponsor will need to consider carefully its ability to exit the PIPE, whether that involves a conversion, a redemption or a sale.

Exit ability may be constrained by the need to comply with the takeovers regime where the PIPE has been converted into a greater than 20% shareholding. In that scenario, shareholder approval (excluding the shares held by the sponsor) will be needed if a single buyer is seeking to acquire the stake such that the buyer's voting power is to increase above the 20% threshold. As a result, PIPE transactions can sometimes be exited via a transfer of 19.9% to the buyer, and then a subsequent acceptance of a takeover offer or vote in favour of a scheme of arrangement.

Alternatively, a PIPE in the form of a greater than 20% shareholding can be exited via one or more block trades, which may be managed or underwritten by an investment bank. As noted above, such a transaction may require the assistance of the company and its management team if the sponsor's stake is a controlling one.

Will shareholder approval be required?

The Corporations Act and ASX Listing Rules impose requirements for approval from holders of ordinary shares in certain cases.

The Corporations Act will require shareholder approval before >20% of the voting power may be acquired in an issuer on issue or conversion of PIPEs (subject to voting rights pre-conversion). There may be limitations on the number of years of currency that an upfront section 611 item 7 approval will have before ASIC will seek to require such an approval to be refreshed.

The ASX Listing Rules will require shareholder approval before an entity may issue, or agree to issue, equity securities:

Will FIRB approval be required?

FIRB approval will generally be required for a PIPE deal, as many private equity funds will be classified as ‘foreign government investors’ under the foreign investment regime. In those circumstances, FIRB approval will be required if the PIPE represents a shareholding or convertible interest of at least 10% in the issuer; or a lower percentage if, as part of the PIPE, the sponsor has acquired a right to participate or influence the management and control of the issuer, or to influence, participate in or determine the policy of the issuer.

Where the sponsor is not a foreign government investor, a PIPE deal generally may be able to be undertaken without FIRB approval where the holding is limited to a shareholding or convertible interest below 20% in the issuer. If FIRB approval is required, approval timeframes will need to be considered as part of the structuring of a PIPE proposal. Following the Treasurer's announcement on 29 March 2020 in relation to temporary changes to the Australia's foreign investment framework, there is now the potential for those timeframes to be extended for up to six months. In some circumstances, it may be possible for timing concerns to be addressed by structuring a PIPE as a pure debt investment with conversion rights subject to FIRB approval.

What are the disclosure obligations in relation to the offer of convertible securities?

Will boards be willing to pursue PIPE deals?

In current volatile equity markets, pricing and/or underwriting a new issuance of equity to existing shareholders, particularly if undertaken by way of a traditional pro rata rights issue, may prove very difficult. As a result, we expect that boards of ASX-listed companies will be more open in the current market to addressing company liquidity issues via a PIPE deal that may involve a private equity sponsor obtaining board representation and certain veto rights over key decisions of the company.

The Allens team can assist sponsor clients with the design and structuring of a PIPE proposal – please get in touch if you would like to discuss anything raised in this Insight. 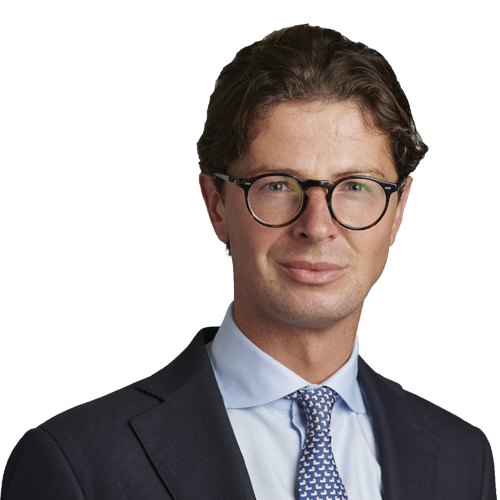