'Your Future, Your Super' exposure draft regulations – what they mean for the super industry

Much anticipated draft regulations for the 'Your Future, Your Super' Bill contain some surprises 11 min read

Treasury has released its hotly anticipated package of exposure draft regulations to accompany the 'Your Future, Your Super' Bill. And when we say hotly anticipated, this is no exaggeration, given the amount of important detail that the Bill proposes to leave to delegated legislation (see 'Your Future, Your Super' reforms introduced to Parliament).

As expected, the exposure draft regulations:

But that's not all – the exposure draft regulations also include other proposals to 'improve accountability and member outcomes' by:

Notably absent, however, from the exposure draft regulations are any additional requirements for the revised 'best financial interests' duty (including any prohibition of particular payments or investments) – although there remains the danger these could be introduced at any time if the Bill is passed.

Consultation on the exposure draft regulations has just closed – and we expect there to be robust feedback on some aspects. Given this and the number of sitting days left before 1 July 2021 (the proposed commencement date of many parts of the 'Your Future, Your Super' Bill), we think the original timetable is ambitious – although we haven't heard that it has been formally abandoned.

In the meantime, we have outlined the exposure draft regulations and our take on the implications for the industry if they are made as proposed.

As explained in 'Your Future, Your Super' reforms introduced to Parliament, the Bill proposes new provisions in the SIS Act under which APRA must perform an annual performance test on MySuper products, and certain other products to be specified in regulations.

As foreshadowed in the explanatory memorandum to the Bill, the exposure draft regulations1 propose that these other products will be 'trustee-directed products' – ie products where the trustee is considered to have the requisite degree of control over the design of the investment strategy of the product, with a definition designed to cover choice products. There are a number of exclusions, such as products where the only control the trustee has over it is to either offer or not offer the product to members, products that are single sector investment options, interests supporting a superannuation income stream, defined benefit interests and other products where the benefit to the member is not contingent on the product's investment performance.

As expected, the new performance test is proposed to apply in relation to trustee-directed products on or after 1 July 2022 (ie a year after the proposed start date for MySuper products).

The exposure draft regulations also contain a number of (complicated-looking) formulas to prescribe the test for determining underperformance of products. Key elements include that:

Other proposals in the exposure draft regulations for the performance test include:

The key question is whether, and if so how, the proposed performance test might influence investment decisions. While, as noted, there were some improvements to the test as originally mooted, we nonetheless expect there to be industry feedback on some aspects of the test and potential unintended consequences (such as whether the benchmarks appropriately take into account risk, whether the test may encourage shorter-term decision making and so on).

While the test is still under consultation, we expect that many trustees have been measuring how their products would perform against the test, and considering how they should react if they find themselves in the unfortunate position of having a product fail the test – eg ensuring they are in a position to make notifications, and how they would deal with a potential 'run' on the product or fund if a notification of a 'fail' test causes members to seek to exit the product in a short space of time.

While the 'stapled fund' definition isn't particularly surprising, we expect that the release of the exposure draft regulations will prompt trustees to consider – to the extent they haven't already – the potential impact of the proposed stapling reforms and regulations on member inflows and retention (particularly where a fund has not typically gained the bulk of its membership from members joining upon entry into the workplace or as part of opening their first bank account – rather, from alternative channels).

We expect that trustees will be considering a number of different options to promote their funds, but will need to bear in mind a range of issues that may impact or restrict the way in which this is done, such as the SIS Act section 68A prohibitions on influencing employers, the design and distribution obligations and the expanded anti-hawking prohibitions, which will come into effect from 5 October.

As the industry will be well aware, the portfolio holdings disclosure requirements in the Corporations Act 2001 (Cth) are (after many deferrals) due to commence on 31 December 2021. The exposure draft regulations3 propose to insert new provisions into the Corporations Regulations to specify the way in which portfolio holdings disclosures must be organised. That is, information would need to be displayed for investment options consistently with prescribed tables that propose to require funds to disclose basic information for most asset classes (name/kind of investment, security identifier, units held, value and weighting) and more tailored information for particular asset classes such as derivatives and fixed income investments (to capture, among other things, the maturity and number, amount, underlying price and currency of derivative contracts).

However, based on the explanatory memorandum, Treasury seems to have left the door open for adopting a uniform approach across asset classes if consultation feedback indicates the tailored approach would be a significant compliance burden.

The proposed disclosure format is not particularly surprising – though there may be some additional compliance burden if the 'tailored' option for particular asset classes is adopted.

However, we expect that the more challenging aspect of the 'Your Future, Your Super' reforms on portfolio holdings disclosure for trustees will continue to be the proposed removal of the partial exemption that allows trustees to choose not to disclose up to 5% of superannuation holdings where that information is commercially sensitive and disclosure would be to the detriment of members (see 'Your Future, Your Super' reforms introduced to Parliament).

The exposure draft regulations4 propose specific requirements for additional information that must be included in future annual member meeting notices.

Much of the information that would need to be included is already required to be made publicly available, such as a summary of each significant event notice in the previous two years, remuneration details, the annual report and the most recent annual outcomes determination.

However, a surprise inclusion is the proposed requirement to include other information relating to certain expenditure of the fund on an itemised basis, including:

Trustees should be mindful that the required expenditures noted above would need to be individually itemised – which is likely to be an administrative headache, and may emphasise some payments that could be subject to particular scrutiny by regulators or others, including from a best financial interests perspective. It is worth noting that if the exposure draft regulations are made before the end of the current financial year, they will apply to the disclosure of expenditures already made.

Use of goods or services to influence employers

The exposure draft regulations5 propose to remove an exemption to the s68A prohibition on influencing employers.

SIS Regulation 13.18A(1)(d) currently allows a trustee, or an associate of the trustee, to supply a good or service to an employer if they also make it available on no less favourable terms to that person's employees who are members of the fund.

The explanatory statement says that this exemption is no longer appropriate in the context of the tightening of s68A that took effect in 2019.

It is not surprising that the exemption is being reconsidered following the significant tightening of the s68A SIS Act prohibitions. The explanatory statement says incentives that would otherwise be banned (such as discounted computers or low-cost insurance, which have the relevant influence) should not be permitted just because employees are also able to access them.

To the extent that trustees have been relying on the relevant exemption, they should consider how these arrangements can be terminated (or perhaps replaced by alternatives that would be permissible without the exception).

'Your Future, Your Super' reforms introduced to Parliament

Reforms that will significantly change the super industry

We provide a round up of the Bill, how it compares to the exposure draft and what this all means for the super industry. 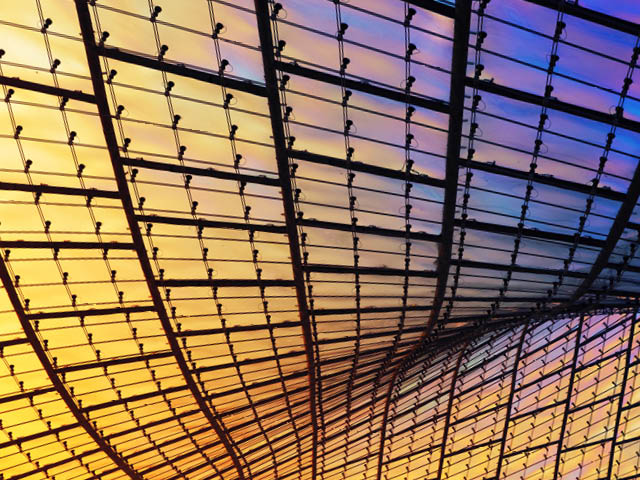