Hydrogen export presents a significant opportunity for Australia. However, there are challenges associated with bulk hydrogen transport that need to be overcome before the industry can take off.

This Insight provides an update on some recent developments in transporting hydrogen by sea, and the work being done (both in Australia and internationally) on the rules around road transport of hydrogen in bulk.

All organisations considering developing or investing in hydrogen projects in Australia should be aware of the latest developments in hydrogen transport, both technological and regulatory, and the implications for their projects.

Currently, there are three ways that hydrogen is transported:

The technologies that enable the transport of commercially viable quantities of hydrogen in bulk are still in developmental phases. This is because hydrogen is a particularly challenging product to safely transport. It has the lowest density of all gases and is also highly flammable when mixed with the smallest amount of air.

A common misconception is that the transport equipment designed to carry LNG could be easily adapted for hydrogen, but this is definitely not the case. To illustrate the challenges, we’ve compared the properties of hydrogen and natural gas below: 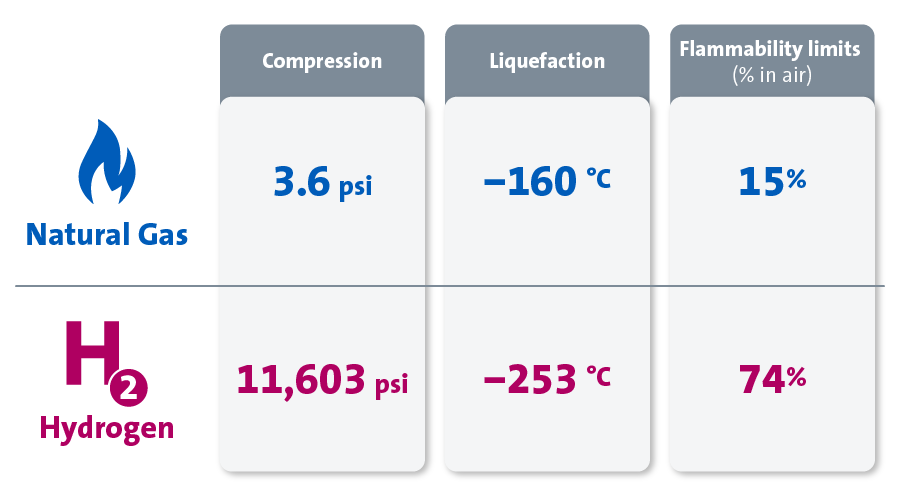 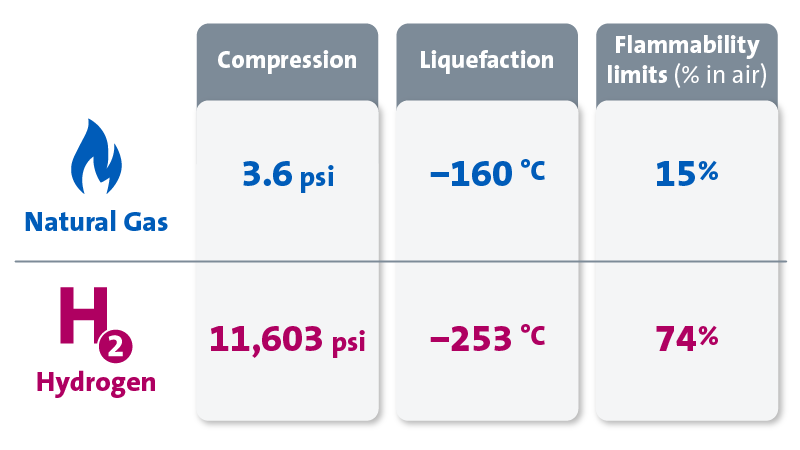 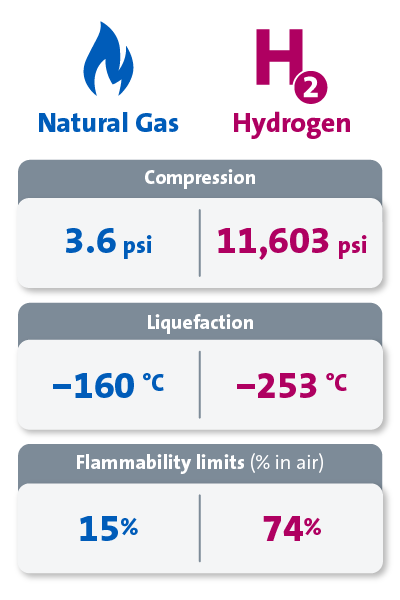 The differences between these two gas fuels clearly show that the technological advances and equipment investment required to transition from LNG to hydrogen are significant.

Currently, the primary issue is that the technologies for safely compressing or cooling hydrogen to transport in sufficient quantities (to make it economically viable) are still in the early stages.

Developments in the transport of hydrogen by sea

As mentioned in our Insight on 8 March 2022, there have been some promising recent technological developments in the transport of hydrogen by sea. Suiso Frontier is the first gas tanker in the world capable of carrying liquefied hydrogen. The ship was built as part of a pilot project led by a consortium including Japan’s J-Power, Kawasaki Heavy Industries (a major LNG tanker builder), Shell and AGL. It began operational sailings in early March 2021, with its first commercial cargo of liquefied hydrogen leaving the Port of Hastings, Victoria in January 2022.

Suiso Frontier and the other projects underway show the enormous international goodwill towards developing a viable hydrogen market. Building specialist vessels and cargo systems requires significant cooperation between many international maritime organisations, industry bodies and government agencies. For example, the building of Suiso Frontier required the cooperation of at least the following entities:

Responsible for the global uniformity of rules relating to design and construction of ships.

An industry body responsible for developing best practice and agreed-upon standards for the safety of gas shipping and terminal operations.

The vessel's classification society responsible for certifying that the vessel meets all safety, design and construction requirements.

The governmental organisation responsible for the development and enforcement of ship safety and standards in Japan.

The rules and regulations for the design and building of ships, carriage of cargo and safety at sea were all reviewed and amended specifically to build and operate Suiso Frontier lawfully. The knowledge gained from these pilot projects will inform the continued development of these international rules and regulations.

Commentators expect that the transport of hydrogen in bulk by sea will be commercially viable sometime in the 2030s.

Ongoing developments for road transport of hydrogen in bulk

In addition to the ongoing development of technology, rules and regulations around the design and construction of ships, work is being done in Australia and internationally on the safe transportation of bulk hydrogen by road.

While the Australian Dangerous Goods Code (ADG Code Edition 7.7) technically applies to the transport of all forms of hydrogen, the relevant underlying standards deal only with transport of fuel cells. In the meantime, the industry must rely on general gas-related rules and standards that may not be adequate for carrying large quantities of pure hydrogen. For example, in Australia, it is possible to transport compressed hydrogen in multiple gas cylinders by road on a tube trailer. However, these multi-tube transport devices can only safely hold a maximum of 1 metric tonne of hydrogen.

As noted, there are various Australian Standards directed at fuel cell and other metal hydride transport systems. However, standards for the transport of pure hydrogen in bulk are still in development. Standards Australia is currently working on:

All Australian state and territory governments, as well as the federal government, have now released strategies for the development of a hydrogen industry – and many are providing significant financial incentives to kick-start it. We compare and contrast the different approaches taken in each jurisdiction around Australia.