Who’s going to pay for a hydrogen economy? 9 min read

Globally, hydrogen is rapidly being recognised as critical to the decarbonisation of multiple industries, and a driving force toward net-zero emission economies. While hydrogen is forecast to supply up to 20% of global energy demand by 2050, current applications are narrow, and costlier than fossil fuels. Largely, hydrogen’s success will depend on sponsor financing, and as an emerging asset class still unproven economically, governments will play an important role.

Developers and financiers will need to take a long-term view on the market and navigate a myriad of bankability issues to secure external bank debt. In this Insight we explore some of these key challenges.

The high capital requirements of large-scale hydrogen projects mean that, at least in the short term, they are unlikely to be bankable without some form of government support.

As seen with the emergence of other renewable asset classes such as solar and wind, until technological advancements drop hydrogen prices to levels competitive with traditional fossil fuels ($2 per kg), projects are expected to be funded exclusively through equity, or with the assistance of grant funding and/or concessional debt. This is evident from ARENA's $70m Renewable Hydrogen Deployment Funding Round, the CEFC's $300m Advancing Hydrogen Fund and various state hydrogen initiatives.

External bank debt has not yet been deployed to any large-scale hydrogen project in Australia. To the extent sponsors can develop a project structure that demonstrates an economically viable base case, financing will likely be provided on a limited-recourse basis. From a bankability perspective, financiers will consider a range of factors as part of their credit analysis, which we explore in more detail below.

Hydrogen projects are more complex than traditional renewables projects and sponsors will need to develop robust structures which demonstrate a clear hydrogen-to-customer pipeline. Future projects could be developed utilising a variety of structures:

A split model would involve the development of two interdependent projects – first, the construction of a renewable generator, and second, the construction of a hydrogen production facility. The generator would provide feedstock in the form of green electricity (eg wind or solar) to the facility, which would produce and convert the hydrogen into transportable forms (such as ammonia and liquified hydrogen).

As there is currently no merchant market for hydrogen, the biproduct would then be sold pursuant to contracted offtake arrangements. Depending on the agreed risk allocation and the location of the facilities, Project Co or the offtaker would then contract a transport company to transport the product to the offtaker's production facility.

Assuming both facilities are greenfield projects and co-located, a split model would be more complex from a bankability perspective, given they are essentially two separate projects with standalone engineering, procurement and construction (EPC) and operation & maintenance (O&M) arrangements. Consequently, robust interface agreements would need to be entered into to address project scheduling, key milestones and extension regimes to ensure a full pass-through of risk (on a horseshoe basis). The advantage of this structure is that potentially different sponsors could own each facility, and thus put separate financing packages in place.

An integrated model would entail a single project entity owning both the generator and the hydrogen facility. In principle, this structure would be easier from a bankability perspective as it simplifies the contracting arrangements. A single proponent also has the potential for a single EPC wrap. While small-scale R&D projects may be able to support an EPC wrap, given the complexity of the interface arrangements and the differing nature of the civil engineering works, it is more likely that large-scale projects will adopt a split contractual structure. Large-scale hydrogen projects will be capital intensive and require a significant amount of private capital and external debt. With an integrated model, sponsors may look to separate the financing arrangements for each facility and overlay these with intercreditor arrangements.

A hybrid model, from a bankability perspective, represents a more vanilla structure where the renewable energy supplied to the hydrogen production facility is sourced through long-term power purchase agreements (PPAs) with third party generators. This structure removes the "project-on-project" interface risk inherent in the construction of two standalone projects and would materially reduce upfront capital costs.

In this model, financiers will be highly focused on the location of the project vis-a-vis the location of the energy generation facilities, favouring areas with a high concentration of renewable projects and a demand for contracted revenue. This model would also be attractive to sponsors who have brownfield operating assets that they can bolt onto the hydrogen facility, similar to the approach currently seen in battery projects.

As an emerging technology, financiers will be focused on mitigating technological risk. A key consideration will be the degradation and the durability of electrolysis cells and their components. Given the limited track record of electrolyser deployment, financiers will likely undertake a more robust due diligence exercise, focusing on the scope and adequacy of EPC and manufacturer performance warranties and how they respond to the underperformance at forecasted degradation levels.

To address technology risk, financiers will likely take a conservative view of financing arrangements and employ measures to strengthen their financing package by:

Similar to what is often seen in natural resources projects, financiers may also seek a completion guarantee, at least for the first large-scale projects that come to market.

Project finance structures rely on the certainty of underlying cash flows. In the absence of a merchant market for hydrogen, financiers will focus on projects which have long-term offtake arrangements with credible counterparties. The quantum of contracted revenues required will vary from project to project and be driven, in part, by leverage ratios and the credit strength of the sponsors.

Financiers will likely require offtake arrangements in the form of 'take or pay' contracts, where the offtaker would be liable to take delivery of the hydrogen product or otherwise pay a specified amount. As seen in more mature renewable assets classes, such as solar and wind, shorter-term offtake agreements will likely become more commonplace as the hydrogen spot market evolves and competition between financiers develops.

To stimulate demand and meet renewable energy targets, state governments will likely develop hybrid offtake models. Given the issues around the economic viability of hydrogen, one option is to adopt a revenue underwriting arrangement, where if project cashflows (on an annual look-back basis) fail to meet modelled debt service assumptions, the state would meet a percentage of these shortfalls. Similarly, in a “back-stop” offtake model, the state could agree to acquire certain volumes of unsold products.

Sponsors will need to demonstrate that a project has reliable transportation arrangements in place. For hydrogen, the medium of transportation is key.

Hydrogen can be transported in several different forms, including as a gas, liquid or solid. Each form carries associated financial, safety and technical feasibility risks, and it remains unclear which will become widely adopted.

Whilst there has been a significant focus on the development of hydrogen hubs and export facilities, at least initially, projects are expected to be developed on a 'point-to-point' basis, with specific end-users. Hydrogen producers will likely be located near the end-user and use existing infrastructure (eg large steel, mining, and refining).

As the market evolves and scale increases, it will likely become akin to LNG, where non-integrated third parties provide distribution and storage services. Sponsors will need to put reliable long-term arrangements in place to lock in the availability and pricing of transportation, with customary shipping terms that financiers find acceptable.

Water is a critical component of hydrogen production. A 100 MW capacity electrolyser consumes approximately 500 tonnes of water per day. Consequently, financiers, as part of their due diligence process, will focus on ensuring that appropriate supply arrangements are made and the location of a project provides a long-term stable supply of water.

If the project adopts a split or hybrid model, PPAs will need to ensure the production facility has a long-term, reliable supply of electricity. As part of their due diligence process, lenders will be similarly focused on ensuring the PPA is on customary terms and has a clear pricing model. Project Co will likely be required to provide credit support for performance obligations under the PPA and the debt facilities would include a letter of credit (LC) facility to support this.

The regulatory framework for hydrogen in Australia is in its nascence and remains subject to extensive change. Financiers typically require regulatory certainty, and technical and market due diligence will be key to their credit processes. As seen in other first-to-market renewables projects, financiers will likely include protections in credit agreements designed to mitigate against downside risk that could emanate from regulatory change. This might include mandatory prepayments and review events that let financiers re-run the financial model based on revised assumptions and use cash sweeps to bring project cashflows back to the base case.

Inversely, policy initiatives could result in capex savings that improve project economics. It is likely financiers will similarly look to imbed into credit facilities debt enhancements in the form of upside sharing regimes where outperformance is shared between debt and equity.

The path to mainstream funding

Reductions in input and capital costs, and market acceptance of price premia for hydrogen products, will be essential for it to become economically viable. Consequently, government policy will need to drive the sector’s development, at least over the short term.

While there are challenges to overcome, with continued government support and levels of global investment, hydrogen will likely continue on the path to becoming commercially viable. The first hydrogen projects that come to market will likely do so as part of industrialised processes (eg steel, mining, blended LNG, transport), with large-scale commercialisation and exports interdependent on the development of hydrogen hubs and export facilities over the medium- to long-term.

To date, debt has not yet been deployed into a hydrogen project in Australia. The first cabs off the rank will likely use a combination of grant funding and concessional debt. The success of those projects will act as a catalyst for the emergence and deployment of mainstream external debt into the sector. External debt providers will have higher return hurdles and more conservative credit processes, resulting, at least initially, in projects that have robust long-term offtake arrangements being the only projects to receive external financing.

Production of hydrogen at scale in Australia seems closer than ever, however, developing a successful hydrogen industry requires appropriate policies, regulations, and incentives at both national and state levels. In this Insight, we compare and contrast the different approaches taken in each jurisdiction around Australia. 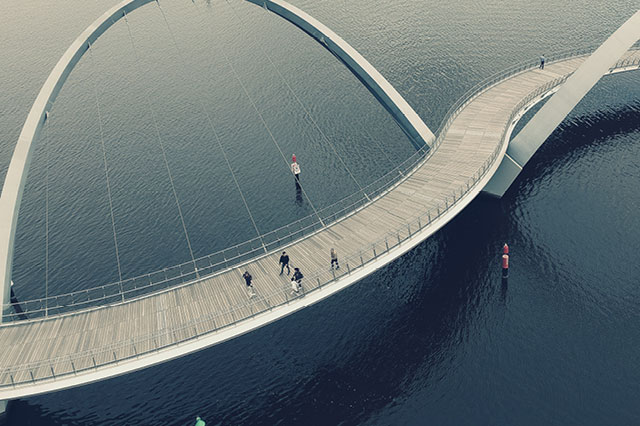 The down low on hydrogen policy and regulation in Australia